The Ancient Romans were already acquianted with the healing properties of water.Treatments using cold water were first applied in the 18th century. An English doctor, Floger’s nameis associated with this, as he advised cold water therapyfor the treatment of certaindiseases. This school had several followers, along with Sebastian
Kneipp, among many others.

Sebastian Kneipp (1821-1897) and his sisters were grew up in great poverty living in a wet basement flat and that is why, as he was young (at the age of 25), he fell ill with tuberculosis, the dreaded disease of the era. Several doctors treated him along the years, but it was usuccesful. The doctor Siegmund Hahn’sbook entitled Lectures on the
Wonderful Healing Powers of Fresh Water gave Kneipp hope when it was published in 1743. The book summarized Hahn’s experiences in water treatment. Kneipp put this knowledge into practice via self-experimentation. He took a short bath twice or three times a week in the ice cold Danube. Kneipp hydrotherapywas basically established during
this time, whose essence is to warm the body up by overloading, and then after a short exposure to cold air, finally warming the body up immediately without drying via physical activity.In addition to the treatment, he ate dishes abundant in fibers and vitamins, and drank herbal teas that his mother introduced to him. The treatment proved to
be successful, his immune system strengthened, and he soon recuperated.
The German Catholic priest devoted his life to naturopathy aside from his pastoral calling. His method was and based on the healing effect of water and herbs, which made him famous in a short period of time.
Sebastian Kneippwas way ahead of his era when he established his methods. He believed people’s soul and body could be healed only in unison.His philosophy, treatment methods are topical to this days.

Take your shoes off! Everybody deserves 5 minutes of recreation!

On the Kneipp experience walkway of Balatongyörök you can find the elements of Sebastian Kneipp’s therapy. Starting from the boat house first of all we can try out the dry and wet treadles, then walking on the walkway we can see herbal islands and – for estabilishing the physical-spiritual-mental balance – we can find meditation banks. At the end of the walkway we constructed a playground for children and adults as well, where we can prefer the physical exercises. We can do this all directly on the coast. 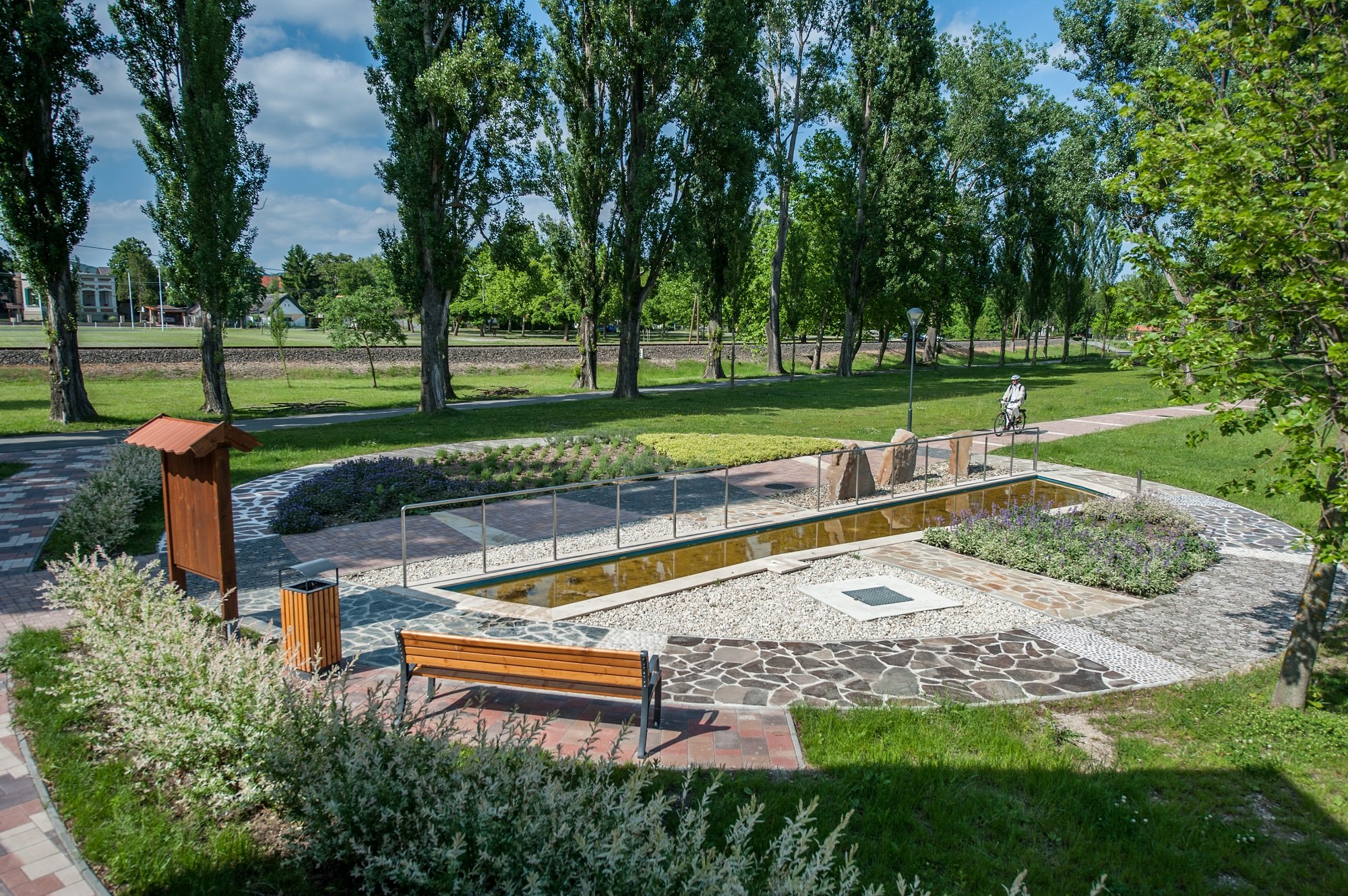 The Szépkilátó – offering one of the most beautiful view of the Balaton – enriched with a Kneipp treadle as well, where visitors can experience the bounteous effect of hydrotherapy. 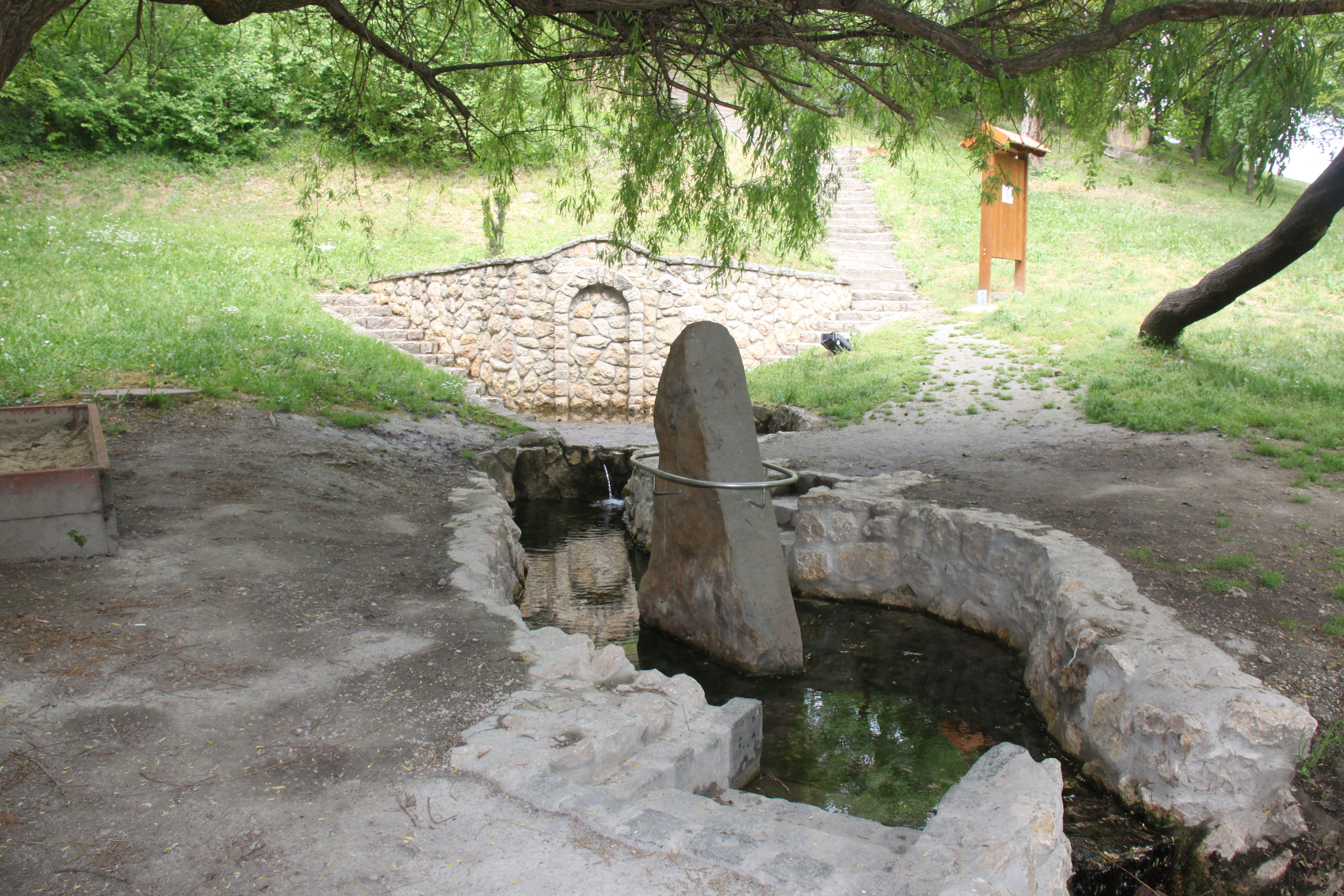 Foot bath:
The blood circulation of the feet can be enhanced by walking on the ’ground’ of different size, shape and material in the water, which stimulates the reflex zones of the sole. Lift your feet out of the water at every step, walk slowly like a stork, then, let your feet dry in air and warm them by exercise.
After taking your socks and shoes off, start walking in the foot bath from the sensors in order for the water to start moving. This foot bath uses the water of Lake Balaton.
Barefoot path:
Walking barefoot on the a ’path’ of different size, shape and substrate, the foot’s blood circulation and the reflex points on the sole are stimulated, which has a beneficial effect on the functioning of your organs.
“If you can’t fly then run, if you can’t run then walk, if you can’t walk then crawl, but whatever you do you have to keep moving forward.” (Martin Luther King Jr.)

Due to the modern way of life, more and more people work sitting, as well as tend to sit most of the time every day.
For blue collar workers one-sided load is the main issue. Posture disorders, spinal disorder, and obesity are more widespread, as well – especially among children and adolescents. Regular exercise helps preventing the above mentioned disorders, and it also stimulates blood circulation, metabolism, the excretory process (perspiration), the hormonal system and the autonomic nervous system. Stamina boostening workout in open air has a meditative effect, it helps in the excretion of endorphins. As a result, you feel more relaxed, you do not lose your natural roots, and your contentment increases too. Exercise three times a week for 30-40 minutes to enhance your stamina. Choose any form of activity – walk, hike, run, swim, ride a bicycle or try nordic walking. 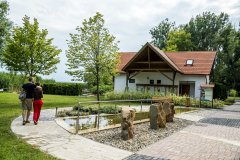 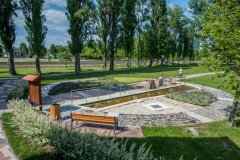 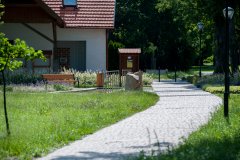 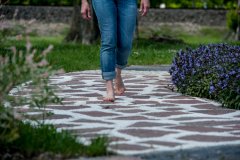 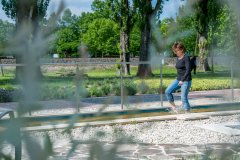